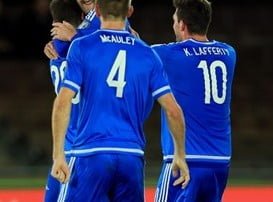 After this magical qualification Northern Ireland won their group in front of Romania and Finland and the biggest of all the heroes is of course Kyle Lafferty who scored 7 goals in 9 matches (who normally play his matches for Norwich in the Premier League).

Now all we have to do is to look forward to the European Champions in France next summer, and if you should come to Belfast and Northern Ireland before then, do not forget to read about the famous and beautiful attractions in the city here in our Belfast Guide. For more information about the Euro 2016, visit the following article in the IP Address Guide.

Go Norther Ireland! We are cheering for you!